Am pondering how to facilitate and participate in mini Sabbath moments where I can pause long enough to breathe and recognize the reality of divine Presence. What intimate graces await discovery? 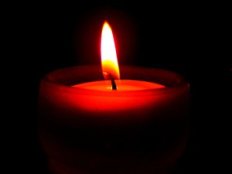 BY SAYING NO to making some things happen, other things are able to happen. When we put a pause in our daily labor, other things—love, friendship, prayer, touch, singing, rest—may be born into the space created by our rest. Wayne Muller suggests, “Walking with a friend, reciting a prayer, caring for children, sharing bread and wine with family and neighbors—those are intimate graces that need precious time and attention” . . .”the point is: the space and time created to say yes to sacred spirituality, sensuality, sexuality, prayer, rest, song, delight.”

(From Wayne Muller, Sabbath, Finding Rest, Renewal, and Delight in Our Busy Lives,1999.)

I like the part of me that desires and hungers for Sabbath in the off-moments of daily life. Today, it was driving home in the evening sunlight and enjoying the various darker shades of green in the fields, sunlight breaking out from behind the clouds – just delighting in the moment. It seemed to set the stage for the later quiet time, sitting with good coffee while reflecting on a couple of well written paragraphs. The invitation was there to participate in God’s Presence, to listen with my heart.

I wonder a bit about understanding the word incarnational. Not in the sense that I disagree with the meaning or what people say about it. But because I keep finding it to be central to my faith walk and realize I’ve missed the point over and again. And it’s easy, but I’ve made it hard!

Incarnation refers to Jesus becoming flesh and living with us. God Incarnate. I’ve put incarnational thinking in the category of something Catholic that I don’t understand, too far out there. Or, a buzz word for another time. But, really, it’s close-in and relevant, and always has been. Not only that Christ was born and lived in the literal sense, not the symbolism of God enfleshed, but the reality of God with us.

Words. Theological maybe, but the reality is that it’s about every day and every moment; every thought, every feeling and every emotion. Actually, my own very Being enmeshed with the living God.

It’s probably the reason I’m drawn to holistic mission work both in the neighborhood and globally. I’ve come to see the whole person as one entity – not parts that are spiritual and non-spiritual. Perhaps this is the heart of my struggle too, seeking to find language and daily living that pushes against dualistic thinking, part of western thought for so long. I’m not convinced Africans think this way except maybe to please their white brothers. Christ came to dwell with us in our entirety.

In the biblical story, Jesus cared for and healed the broken, the sick, the disenfranchised. He addressed our entire state of being while speaking to the religious leaders, the masses, the woman at the well, and to his disciples.

I want to work with these concepts more fully, not just to defend the ideas and their application – of which there are plenty. But, I want to move toward embracing this so fully that there are fewer hiccups in how I live it. Plain and simple: it’s about trust and rest. The remainder is an add-on . . . or a detractor. Richard Rohr writes,

The human journey is not about becoming spiritual beings nearly as much as becoming fully human beings, which is actually much harder. We are already spiritual beings from the moment of our conception; we just don’t know it yet. The Bible tries to let you in on the secret, by revealing God in the ordinary. . .

We have created a terrible kind of dualism between the spiritual and the so-called non-spiritual. The principle of Incarnation proclaims that matter and spirit, sacred and secular have never been separate. Jesus came to tell us that these two seemingly different worlds are and always have been one. We just couldn’t see it until God put them together in one body that we call Jesus.

Quotes adapted from Things Hidden: Scripture as Spirituality.
And the word became flesh and dwelt among us (Jn 1:14). 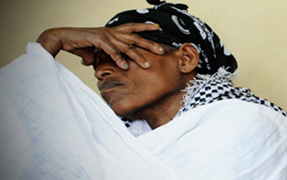 Of course, she would want to be free of HIV—the scourge on her life! Of course, I could pray for her and her sisters-of-another-mother. However, the center of my thoughts was how much I desired wholeness for each person in this room; not just freedom from disease, but a full embrace from the living God. Particularly, the one woman in the back. I knew that gathering with others monthly at KHC in Addis Ababa brought mixed feelings: the marginalizing reminder that she is part of the group labeled PLWHA (People Living with HIV and AIDS) perhaps contrasting with moments of felt freedom each time she attended . . . maybe evidence of God’s presence?

Joining a roomful of women wrapped mostly in white cotton—40+ packed together in a dusty cool room at the end of a long day, we listened to a woman they knew from months of talks and practical assistance. The speaker’s face was bright and confident as she finished preaching in Amharic. I suspected that she also lived with the disease; but she looked different, she knew liberation of a different sort. What kind of liberation did the group want for themselves?

I sat in the back near a woman who clearly didn’t want to be there. While others followed the words of the speaker, she tolerated. Everything about her body said she wanted out. Perhaps she was not a Christ-follower, perhaps Orthodox but suspicious of Evangelicals . . . maybe secular, traditional or Muslim-background in her beliefs. No matter, KHC served all with kindness. Following the message we guests were introduced by our Ethiopian team member.

As he spoke, my thoughts returned to how much I wanted each woman to know healing from the brokenness she felt: from a sense of distance from God, persecution from those close to her, memories of abuse and hardship, shame, lost loved ones, or continuing anguish over her circumstances. Boldly, I responded to the internal prompting and asked permission to follow the leading. As others prayed and sang, I moved though the room, laying my hands on each woman in prayerful petition—touching her shoulder, head or back. Many were already weeping. What would the God of all creation desire for each broken life? How shall I pray? The Spirit guided.

Charles Ringma writes in Whispers From the Edge of Eternity, “At the heart of the gospel is a welcome. That welcome issues in an embrace. And that embrace invites us to see ourselves and to live our life in the light of God’s amazing love for us.” He continues, “The generous embrace of God is often full of surprises. Unlikely people are invited to sit at God’s banquet table. Those who have little are given much. Those who never thought they were good enough are welcome.” Those who are broken are healed.

Arriving at the back of the room, I hesitated when I came to her but rested as, through her direct gaze, she invited my prayers.

I couldn’t banish the lump in my throat nor could I manage the constriction in my voice. It reflected a deep emotion that threatened to soon overflow. But I also knew and trusted the source: my deep passion for engaging with the struggles of Africa. On this particular day I wasn’t in Africa — I was stateside with a large gathering of Sudanese immigrants celebrating the world’s newest country, South Sudan.

For more, see links where my story was published online and other interesting connections:

Starting to write again. Set this blog up a year ago, a month after I returned to settle in South Africa. The journey to here has been amazing, many of you know about it. There’s been so much to getting established; for me, writing about it wasn’t part of the process, I just entered in. After more than a year, it felt essential to relocate from Johannesburg to Cape Town. Felt like a better location to “come home to” after traveling to support projects and connect with folks. It’s been a good decision.

In the first year, my visits were to Zimbabwe, Kenya, Malawi, Burkina Faso, India, and various places in South Africa – always with issues related to HIV and AIDS.

My life is also about staying connected with my grandkids in the US, so we’ve created a possible routine: 8 months in Africa, 4 months in America. Each place, I enjoy maintaining the flow of ministry matters and being with family a bit. Skype helps. I’m no techie, but the little I do keep me connected more broadly.

Hopefully, this will be another way to keep connected. The initial thought was to write  stories and post pictures about my international work with SIM – Hope for AIDS. That may be the case. Really, though, I feel inclined just to write what’s on my mind and include snippets of what is influencing me – authors, conversations, ponderings, natural beauty, heroic people, and so on. Will see what develops.

Come along for the journey.

END_OF_DOCUMENT_TOKEN_TO_BE_REPLACED

Welcome to WordPress.com. This is your first post. Edit or delete it and start blogging! 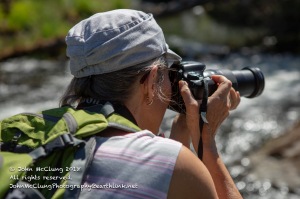 So come now, get to know me a bit on these pages and you’ll find some interesting things, provocative pictures and words, thoughts and reflections that may challenge or stir you.